Please enter your birthday to continue
The content on this site is for adults only!
Day:
Month:
Year:
Home News EMPLOYEE OF THE YEAR

EMPLOYEE OF THE YEAR 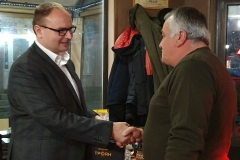 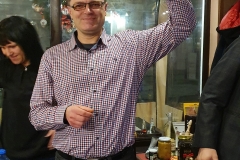 On 13 of December was held the Christmas party of “VINPROM - TROYAN” AD. Traditionally the big price of “Employee of the Year” was anonymously voted. Three liters of Old Troyan Plum brandy with special label this year was given to the driver Petar Petrov. The second place was given to the Chief Accountant Ralitsa Valeva and the Third place was shared between Galina Gerasova /Lab Technician and Supervisor of “Bottling”/ and Nikolai Tsankov /Storekeeper/.

In the beginning of the year was established a Floorball team in the factory. The team is getting better after each training session and the Cup for “The Best Floorball Player” was given to the Financial Manager Stanislav Spasov after voting. The party was filled with emotions, dances and smiles.