Please enter your birthday to continue
The content on this site is for adults only!
Day:
Month:
Year:
Home News Plum Brandy – Chachanska Lepotica Variety 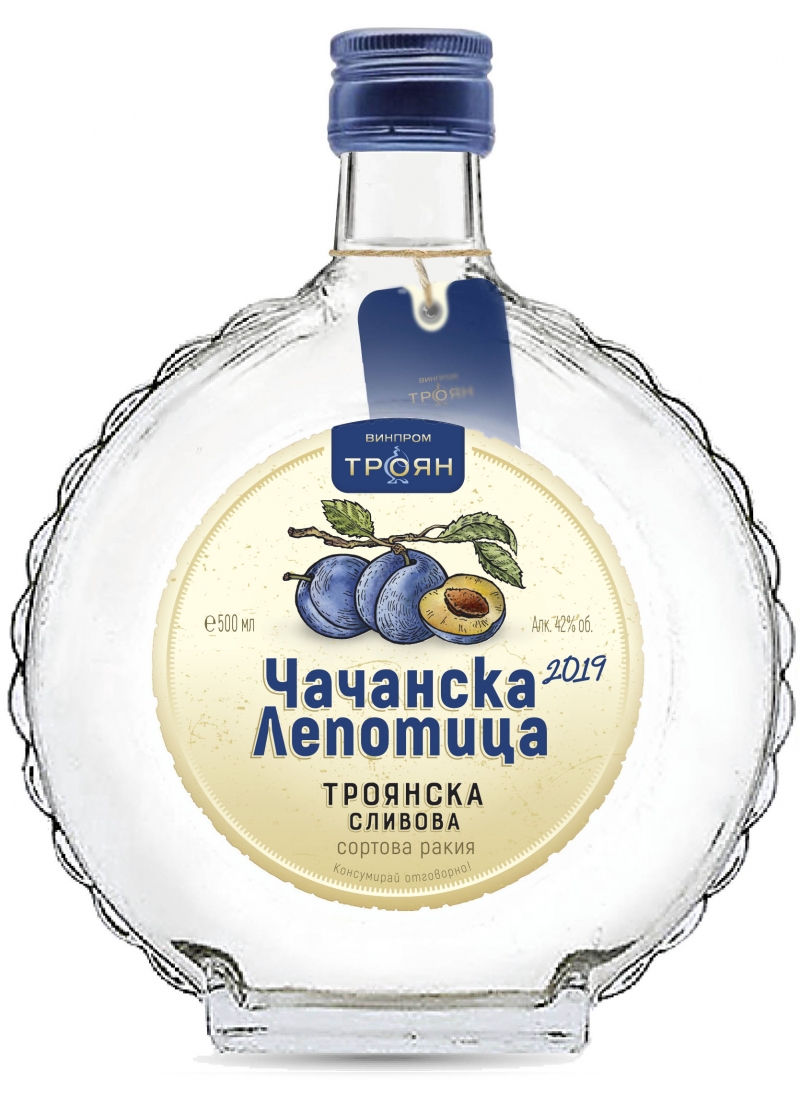 Every year on First of February we will release a new variety of brandy in order to celebrate the establishment of the factory in the past. This year we have prepared Plum Brandy – Chachanska Lepotica Variety. Very aromatic and mild brandy. Chachanska Lepotica is an early variety of plum maturing from the end of July to the beginning of August. The fruits are large and oval shaped. The inside of the fruit is green – yellowish in colour, it is sweet with slightly expressed sourness and aroma, characterized with good taste qualities. This variety is a result of a crossbreed between Wangenheim Plum and Pozegaca Plum in the Serbian town of Chachak in 1961 and imported to Bulgaria in 1979. Chachanska Lepotica variety is very tolerant to pox and does not suffer from brown rot but is sensitive to the late spring frost. The fruit is suitable for direct consumption, drying, cooking in syrup and for production of plum brandy. Every bottle of Plum Brandy - Chachanska Lepotica variety is hand crafted. We suggest the consumption at a room temperature.